The Three Princes of Serendip is the English version of the Peregrinaggio di tre figluoli del re di Serendippo published by Michele Tramezzino in Venice in 1557. Tramezzino claimed to have heard the story from one Christophero Armeno who had translated the Persian fairy tale into Italian adapting Book One of Amir Khusrau’s Hasht Bihisht of 1302. The story first came to English via a French translation, and now exists in several out-of-print translations.

The story has become known in the English speaking world as the source of the word serendipity, coined by Horace Walpole in 1754 because of his recollection of the part of the “silly fairy tale” where the three princes “were always making discoveries, by accidents or sagacity, of things they were not in quest of.”

At Social Serendip, I take your learning seriously and have worked hard not only to understand social skills, dating and relationships, but also how to assist people in creating life changing new habits by understanding the psychology and biology of our minds. Skill can be grown and positive thinking patterns adopted. Negative thoughts can changed to positive thoughts. Identifying bad and ineffective behaviors and replacing them with positive and effective behaviors. These are the basic fundamentals upon which I operate. 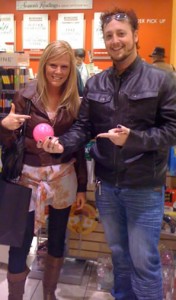 Matt has over 7 years of experience coaching and mentoring people within the realm of dating and relationships and to date he’s coached hundreds of men & women to success. Matt’s journey began when he had finally had enough of a bad relationship and decided to do something about it. He signed up for a dating class and saw results in just 10 weeks. The men around him started asking him for help and he obliged. In the middle of a career change, Matt went back to school to obtain a degree in cosmetology. Naturally, conversation arose with women in the school about the help he was providing to men. Word spread fast and pretty soon all of the women were asking for dating and relationship help, even a couple of his teachers! After Matt became a licensed cosmetologist, he received overwhelmingly positive support from the female clientele in the salons who encouraged him to leave and becoming a dating coach. Many feel like they can improve with his coaching as well. Matt spent two and a half years developing dating courses for men and women. He’s written over 25 books, all on essential dating and relationships topics.